The Land Lines website is delighted to showcase a variety of exciting audio work with you over the month of November! As part of the Tracks, Traces and Trails: Nature Revealed project, we have a brilliant range of soundscapes and audio recordings from both new and established sound artists, which explore new ways of listening to and connecting with our environment and the nonhuman life that we share it with.

Skye Edge was a commissioned work presented as two site-specific installation box headsets outside the community centre at Skye Edge overlooking the pigeon lofts and the city of Sheffield in the background. The interesting location of Skye Edge allowed me to investigate how qualities of sound open up ways of thinking of, and experiencing, urban and rural environments – and new ways of understanding and relating to those environments. The location of Skye Edge offers a panoramic view of the Park Hill, the City Centre, and the Peak District to the south and west, and to the industrial Don Valley, the Meadowhall Shopping Centre and Rotherham to the north and east. The city stretches out before you all the way to the Peak District beyond.

This project included field recordings, interviews, and archival material that showed the landscape of Skye Edge from the past through to present.  The project was initiated by Freedom Studios, whose ethos is founded on collaborating with artists and audiences to uncover the forces and feelings that shape our lives. It asks the question: how does where we live affect who we are?

The composition process included collecting my own field recordings using a Marantz field recorder. Skye Edge is one of the highest points in Sheffield, so I had to ensure that I recorded with a Mazantz ZP1 microphone, wind shield and shock mount to capture the best audio and to minimise wind noise where possible.

In researching the work of Brandon LaBelle I began to question how I could record this landscape and manipulate the sound recordings through technology.

Brandon LaBelle is an artist, writer and theorist who uses sound, text, performance, and sited construction working with questions of cultural agency and social life.  For LaBelle, sound is:

promiscuous. It exists as a network that teaches us how to belong, to find place, as well as how not to belong, to drift. To be out of place, and still to search for new connection, for proximity. Auditory knowledge is non-dualistsic. It is based on empathy and divergence, allowing for careful understanding and deep involvement in the present while connecting the dynamics of mediation, displacement, and virtuality.’

Park Hill estate, which overlooks Sheffield, is steeped in history and is well known for its brutalist design as a council estate. The estate opened in 1961, and was built on the concept of “streets in the sky”. The architecture of the Park Hill estate as can be seen in the image below. The structure of these “streets in the sky” opened new ways to connect the urban and rural environments located on Skye Edge. The concrete geometric juxtaposition of Park Hill estate is represented in the final composed sound materials within Skye Edge Box Headsets 1 and 2 that were presented as site-specific works outside the community centre overlooking Skye Edge and the city of Sheffield.

But there is something about the place. A beautiful field of wild flowers strewn with bits of a plastic hold-all. The whole Edge is a metaphor. I just haven’t figured out what for.

Writer Sally Goldsmith spent three months talking to people who live, work and play in the area and re-told their stories.  Sally says, ‘I love to make new work out of people’s stories and the music of their authentic voices. I have a passion for Sheffield, which has been my home for the past 30 years, but I’ve only just discovered the magic of Skye Edge.’

Interview with Sally Goldsmith in The Star Newspaper

“Writer Sally Goldsmith has lived in the city for 33 years but admits she had never previously heard of the ‘magic’ of Skye Edge and its panoramic vista.  Now she has created a show of songs and stories by talking with those who live, work and play there over three months.

From lifelong pigeon fanciers like Derek Simmonite sharing their hobbies to Pat McGrail, who used to share her washing machine with a neighbour, every story has come from Skye Edge residents.

They will help re-tell the tales to an audience, with the help of songs and a choir, as part of Sheffield’s literary festival, Off The Shelf.

Sally said: “The show is lovely, it has lots of funny bits in.

“I suppose the technical name for this sort of thing is psychological geography.”

“We’ve collected lots of stories and songs about this place which has to be one of the best-kept secrets in Sheffield in terms of its view, because you can see right across the city.”

Presentation of the Work

Sally’s comment, ‘this sort of thing is psychological geography’, helped to shape how I considered landscape and the materiality of sound in the process of creating a site-specific installation based outside the community centre at Skye Edge. It also helped me in my creation of other soundscapes, using Sally’s interviews as commissioned for this project.

Digging up the past history of Skye Edge involved a kind of sonic archaeology, and a term that Susan Frykberg called Audio Verite and Mytho-poesis, in which sounds from the past are re-imagined in the composition process.

This uncovering involved looking at archival footage to reveal a fascinating history with that place.  Walter Benjamin, in his book On the Concept of History, spoke of the term ‘innervation’. (Benjamin, 1938–40).  This applies to what Sally described as psychological geography, in that historical traces of a place are absorbed by wandering to discover its historical traces.  This psycho-geographical wandering that the situationist dérives of the 1950’s and 60’s on the streets of Paris explored appealed to this sonic archaelogy of Skye Edge, and my wandering was part of this unearthing process.

‘The sudden change of ambiance in a street within the space of a few meters; the evident division of a city into zones of distinct psychic atmospheres; the path of least resistance that is automatically followed in aimless strolls (and which has no relation to the physical contour of the terrain); the appealing or repelling character of certain places — these phenomena all seem to be neglected. In any case they are never envisaged as depending on causes that can be uncovered by careful analysis and turned to account.’

— Guy Debord, Introduction to a Critique of Urban Geography

I gradually found information and resources on the history of that place, including the ‘pitch and toss’ gambling spots that were prominent in Sheffield in the the 1920’s: Skye Edge was known as one of the ‘tossing rings’ area. This involved working class men placing bets on how three spun coins would fall. This prompted me to consider how to use the chance procedures in selecting sounds for the site-specific ‘Box Headset installation’ through the use of the coins in the I Ching in an aleatoric style, a similar deterministic ‘chance procedure’ used in the ‘tossing rings’.

From the audio I worked with, the voices are processed, looped and form a chance-generated composition that references cut up poetry, and early electronic minimalism.

Recorded words mashed and distorted from recognisable voices all play through the headphones in the yard space outside the community centre in this site-specific installation looking out over the city of Sheffield, at Skye Edge. The view below is what would be seen as you have the headphones on.

In my work I explore concepts of absence and presence, stillness and movement, and time through the creation of site-specific immersive spaces, and acousmatic composition taking inspiration from sources such as Taoism, phenomenology and Tibetan Buddhism. I work primarily with found sound, applying both digital and analogue sources including open source processing techniques to create varied compositions.

Much of my work relies on synergies and dialogues within the sonic landscape, that of impermanence, transience, and location and materiality as a methodology and process. By doing so a dialog is created which allows the materials to have their own voice. I work with field recordings to create acousmatic and electroacoustic compositions.

Taking the form of site-specific installation, sound diffusions, acousmatic composition, sound design, audio-visual installations and performances, concerts and recordings, my work interacts with – and transforms – perceptions of time and space. Collaborative projects I have been involved in include working with writers, moving image artists, poet and songwriters, and other artists across a range of art forms. 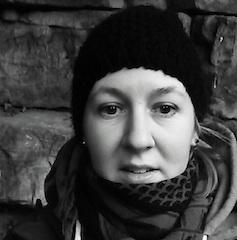 I am an interdisciplinary composer/sound artist/researcher based in Yorkshire working in electroacoustic music/composition & sound art. My work focuses on environmental field recordings (EFR), soundscape composition for performances, & gallery installations.

Since 2010, I have worked as a Senior Lecturer at Leeds Conservatoire, in partnership with other arts institutions in the region including NSCD, Northern Film School, The University of Leeds, Leeds Beckett – Northern Film School, and Leeds Arts University. My work for The Hepworth Art Gallery as a freelance creative practitioner furthers sound arts practice through taught workshops exploring concepts and processes of sculptural form within the rotating exhibitions as related to sound and acoustics, space, and place.

Much of my work relies on synergies and dialogues within the sonic landscape, that of impermanence, transience, and location and materiality as a methodology and process. By doing so a dialog is created which allows the materials to have their own voice.  Transition and flux are of interest to me both as a sound artist and martial artist and inspiration is taken from sources including Chinese Philosophy and Martial Arts.